The Raspberry Pi foundation has announced that you can now order the Raspberry Pi Model B—a $35 single-board computer—from its distributors: Premier Farnell (Element14 in the US) and RS Components. If you’re not familiar with the RaspBerry Pi board, it’s a very capable, Linux-programmable single-board computer with a package-on-package 3D IC assembly consisting of a 700MHz Broadcom ARM 11-based application processor and a companion 256Mbyte SDRAM chip. (See “3D Thursday: Raspberry Pi Foundation’s $25 ARM board boots Linux using stacked DRAM”.) The Model B version is the more capable one, so it costs $35 instead of the $25 base Model A. 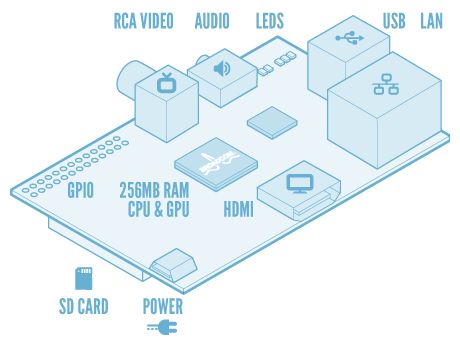 The boards are not actually in stock yet. The first batch of 10,000 is on its way from the manufacturing vendor in China. According to the Raspberry Pi site, the selection of the two distributors allows subsequent manufacturing batches to be much larger.